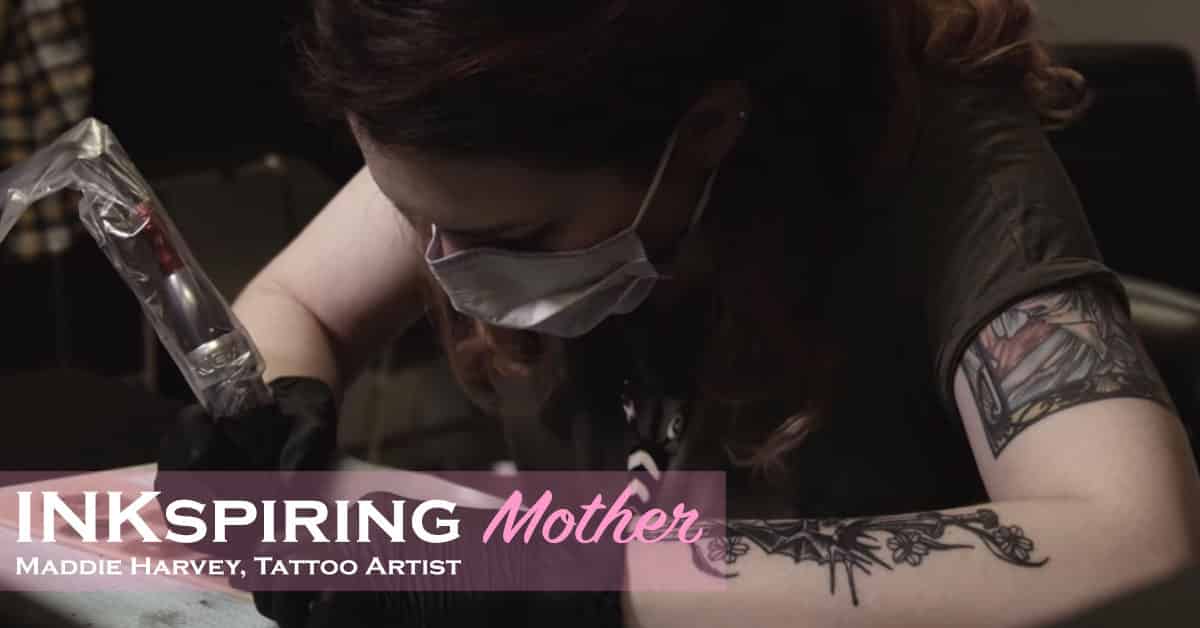 As everyone who has been tattooed knows, the process of getting a tattoo is a unique experience! No two people have quite the same story. Whether it’s a memorial, a celebration of self expression, a declaration of friendship, or just because, every tattoo has some kind of meaning. Just as the motivation for getting a new tattoo is significant to the wearer, the motivations for becoming a tattoo artist can be just as personal. And the stories of each aspiring tattoo artist are equally as unique. In this blog, we’re introducing you to Maddie Harvey, an artist in our Philly studio, who has a very inspiring story. Maddie found her calling as a tattoo artist with a specialty in cosmetic tattoos when she saw how it helped rebuild her mother’s body-confidence after a preventative mastectomy.

“My mom had found out that she was bracket 2 positive, which is a genetic mutation that 1 in 6 women have and basically it makes you super super prone to breast cancer, skin cancer, ovarian cancer. So she did what a lot of women do which is to opt for a surgical procedure called a preventative mastectomy. This is where they remove the breasts and the ovaries before they can become cancerous. 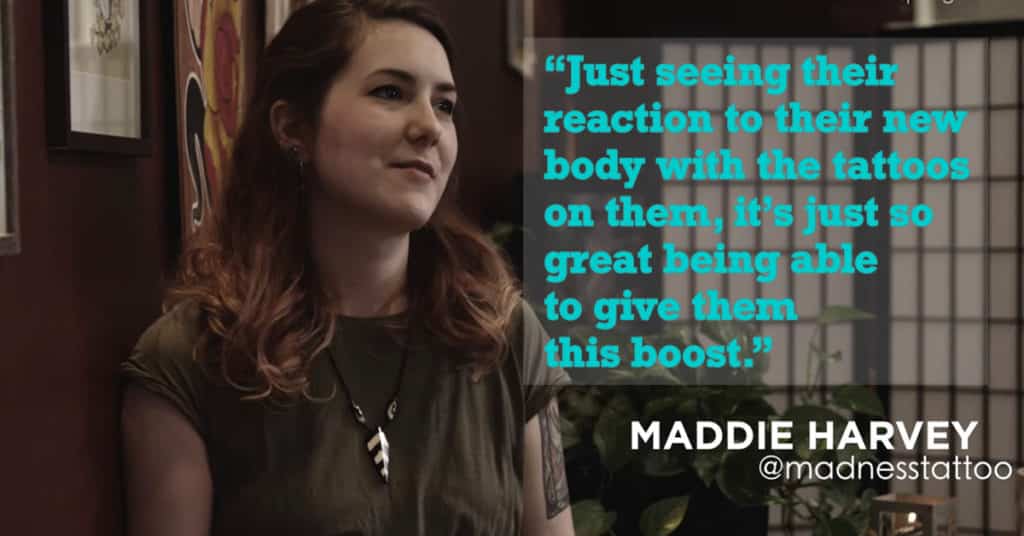 When they took her ovaries out, they discovered that she had stage one ovarian cancer which is really, really scary because in two years she could have been gone. After that was all settled and her body healed, I went with her when she had her nipples tattooed back on… Seeing how happy and whole that made her feel again having that done as her final part of reconstruction, that’s what made me want to do it.”

And that’s when Maddie discovered Body Art & Soul Tattoos, attended a workshop, enrolled, and completed her apprenticeship. Since then, she has worked as a professional tattoo artist and creates art on a variety of people but finds tattooing cancer survivors particularly rewarding. Her focus on cosmetic tattoos brings her joy. As she says, “I love talking to women who have come out the other side and who have survived, and these women are so strong and have newfound joy because they’ve been given another chance at life. Just seeing their reaction to their new body with the tattoos on them… it’s just so great being able to give them this boost. I wouldn’t lose that for anything!”.

Despite their permanence, many people view tattoos as a trend or a superficial decision that will be “regretted when we are older,” and often overlook the positive impact traditional tattoos and cosmetic tattoos have on the wearers’ lives. As you’ve learned from Maddie’s story, tattoo artists can empower people to feel part of an inclusive community, as well as to overcome physical and mental trauma. They can even integrate scars from major surgery into tattoo designs and give people the confidence to love their bodies again.

Learn How to Create Cosmetic Tattoos

If you’re eager to learn to tattoo in a safe, professional, and supportive environment where you can turn your art into a career, just like Maddie, check out our tattoo apprenticeships. A career as a professional tattoo artist is closer than you think and we’ll help you out every step of the way!